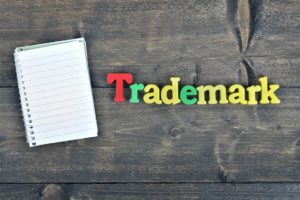 Having won a spectacular landslide victory for the Bharatiya Janata Party (BJP) in the 2014 general elections, prime minister Narendra Modi has changed the way that India will look at election campaigns forever. His election campaign was unprecedented in terms of outreach and innovation as he addressed approximately 440 historic rallies, travelled 300,000 kilometres covering 25 states in a period of just eight months. It has been one of biggest mass mobilization exercises seen anywhere in the world. The mood of the nation has been well captured by trademark filing trends which clearly show the influence of prime minister Modi and his campaign. The term “NaMo”, often used by the media to refer to prime minister Modi, has gained enormous popularity and is being commercially exploited by various individuals and entities. It has undoubtedly influenced several entities into filing trade marks for NaMo and its variations as shown in the table below.

The high trademark filing trend for NaMo-related trade marks in 2001, 2013 and 2014 may be related to prime minister Modi’s political career. In October 2001, he became the chief minister of Gujarat for the first time. In 2013, he was named the BJP prime ministerial candidate for the 2014 elections. And in 2014, he was sworn in as the prime minister of India fol- lowing a historic election victory.

It is pertinent to mention that most of these trademark applications are  in the initial stage of examination and have a status of either “new applica- tion” or “formality check pass” on the Trade Marks Registry’s website. Further, none of the trade marks appear to have been filed either by the prime minister or his political party.

During the campaign, Modi, in virtu- ally every appearance, reminded vot- ers that he was the son of a tea seller and recalled how he used to work in a tea stall during his childhood. He also praised Indian democracy for giving a tea seller the opportunity to fight for the position of prime minister.

Probably in view of his focus on being the son of a tea seller, the Indian Trade Marks Registry recorded an enormous rise in trademark filings for the mark NaMo and its varia- tions, especially in class 30 for the specification tea and coffee bever- ages. Some of the NaMo variation trademarks filed for class 30 in 2014 include “Namo CTC Chai”, “Namo Tea”, “Namo Chai” and “Chetak Namo Gold Tea”.

Furthermore, Modi’s distinctive ways of campaigning such as chai pe charcha (discussion over tea) have also been used by hotels and restau- rants to promote their beverages.

Entities have filed applications for marks containing the term “chai pe charcha” in classes 30 and 43 in respect of tea, coffee and other bev- erages as well as for the service of providing food and drink. A close observation of such filings reveals that they were filed in May and June this year, immediately after Modi’s landslide electoral victory.

The sudden increase in the number of trademark applications in India for the mark NaMo and its variations suggests that trademark filings are indicative of the wave and mood of the nation.

There have been reports where indi- vidual entities have also used Modi’s photo in banners and hoardings to advertise their products (usually tea) commercially. These moves raise the important question of how far is it fair to exploit the prime minister’s photo or his popular media name NaMo for commercial purposes. 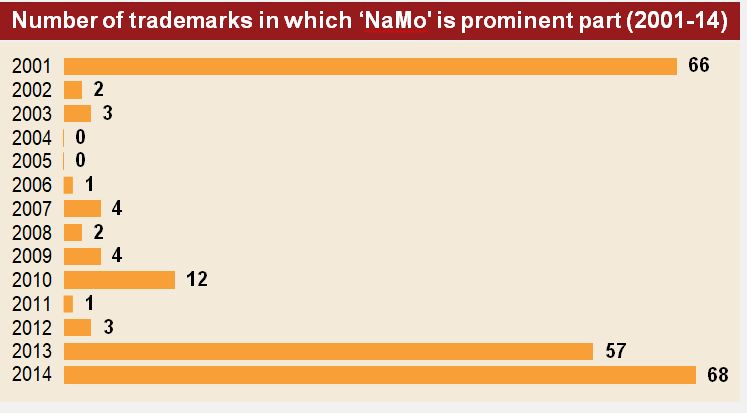