PROs and CONs of Arbitration vis-a-vis Litigation: An Analysis 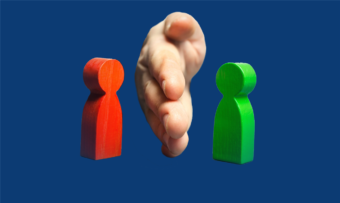 By Tulip De and Vibhuti Vasisth

In general, Litigation refers to the actions contested in Court, which involves a claim, a dispute and use of the specific institution i.e. the Court to resolve the conflict or dispute. whereas, on the contrary, Arbitration is a procedure in which a dispute is submitted, by agreement of the parties, to one or more arbitrators who make a binding decision on the dispute. In choosing arbitration, the parties opt for a private dispute resolution procedure instead of going to court. Further, every case is different – so, its method of dispute resolution should be considered in the light of dispute’s factual as well as legal context. One size may not fit all.

However, more frequently, the question that comes before an individual in a conundrum of dispute resolution is, whether to arbitrate or litigate in the court? For many years, the conventional wisdom had been that arbitration as a dispute resolution mechanism, offered and promised to be superior to a Court of Litigation because of supposed cost savings, confidentiality, faster results, and more flexibility. Conversely, the question that requires contemplation today is, whether the said promise of arbitration is real or only illusory. The answer to this is that the promise is sometimes real and sometimes illusory.

We shall now discuss the pros and cons of whether and when a complex dispute is better suited for litigation in the public courtroom or private arbitration.

In such a conundrum, one must start with the analysis of the tension. The first question pursuant to the analysis of tension is, whether or not, one choice is inherently more expensive, consumes greater time, or is rather challenging, than the other. An obvious answer to this is that, each case is fact intensive and neither of the choices is inherently worse or better than the other, in abstract. The second question that arises is the anatomy of the good choices, the bad choices and the ugly choices, in both the mechanisms. However, while analyzing the tension (which is usually fact- concentrated), one must remember that a bad experience should not preordain or predetermine a generally negative bias, nor should a good experience diktat a generally positive bias.

Whether to Arbitrate or to Litigate?

Factors favoring a public court adjudication (in some cases) include the importance for a Right to plenary appeal, distresses about the competence of the arbitrator pool, concerns about a tendency of some arbitrators to be timid or to compromise endings, ability to join in other/newer parties (required to determine the subject-matter in question), interim reliefs are easier, governance of strict rules of evidence, the proceedings are conducted in an open Court, etc.

Similarly, certain factors taken into consideration while opting for arbitration over public court proceedings (as is the case in litigation) are: the general flexibility of both, domestic as well as  international arbitrations in the ability to select the arbitrators from a pool of arbitrators, the seat, the venue, and the scheduling of arbitration proceedings;  the facilitation of recurring future business/relationship between the concerned parties; confidentiality in terms of secret commercial or scientific information; concerns about company’s/ parties’ reputation; avoiding the disclosure of certain business or litigation strategies; not upsetting the customers (potential and existing) with a public display of problems with a counter party, etc. Further, in cases of transnational/International contracts, a legal counsel would usually conclude at the outset that, International arbitration is preferred over adjudication in foreign court systems.

One of the other advantages of Arbitration is the flexibility that often allow party’s to be more conveniently accommodated than in the public courts. But at the same time, it is important to be precise while balancing the pros and cons of the two dispute resolution mechanisms – so as to compare apples to apples and not to oranges. In certain court systems, there may be fewer issues with busy criminal and civil calendars than in others and there may actually be a faster resolution of the dispute if one were to litigate.

However, it wouldn’t be out of place to mention that in both, arbitration as well as litigation, there is a business cost of exhausted (perhaps even wasted) executive time coupled with distractions.  Also, unlike any other dispute resolution process, there exists a likelihood of some delay and high costs, including those arising from excessive discovery, fees and other expenses.

Arbitration or Litigation: Which is more Cost-Effective?

We shall now draw a contrast between the (approximate) costs incurred in the process of Arbitration vis-a-vis Litigation, in selected countries around the globe*:

* These costs are only approximates in nature, and the actuals may vary

Dispute Resolution decisions are intensely contextual and depend upon many factors. There are a number of advantages that arbitration can have over litigation.  However, it is important to examine each supposed advantage carefully in the context of every individual transaction/disputed subject-matter.