All you need to know about Online gaming business in India 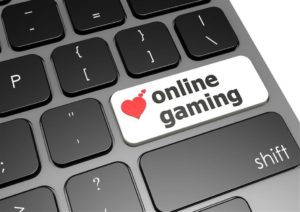 By Rupin Chopra and Reetika Wadhwa

As the world in the wake of COVID-19 pandemic outbreak has witnessed changes in the technological setup by leaps and bounds, the mode of entertainment has expanded its wings to the virtual space entering various domains. Games engaging people of different age groups and belonging to varied strata of society creating interest, excitement, enthusiasm amongst the players have carved out their space in the online world by gaining rapid popularity owing to their attractive components and ready accessibility. Resultantly, while other industries have been severely hit by the pandemic, online gaming business is one of the few businesses which has flourished in these troubled times.

What online games are permitted in India?

The law in India prohibits gambling activities where a person may win or lose merely by the occurrence of an uncertain event or luck (Public Gambling Act, 1867). However, the games requiring the users to exercise superior knowledge; training; attention; experience of some sort are permitted to be offered. In respect of games involving elements of both skill and chance, the ones requiring substantial degree of skill to win are allowed by the law as the same are skill based.

In which States online games are offered in India?

As per the Indian legislation, gaming and gambling are subject matters of the respective State jurisdictions. Prima facie States in India do not prohibit offering of games for real money. However, in some States the games involving exercise of skills of players are not permitted such as Assam[1],  Odisha[2] , Telangana[3]

Is there a license for offering online skill games in India?

Which online games are issued license in India?

The online game of skills law grants license for online skill games in respect of those activities which require the players to exert their efforts and skills. Some of the games for which the said license is issued are Chess, Sudoku, Quiz, Rummy, Virtual racing, Virtual sports (Soccer/ Cricket/ Archery/ Snooker/ Bridge/ Pool), Fantasy games, etc. Therefore, in order to win, the players make an effort and approach which is higher than their opponents.

How to obtain the license under online game of skills law?

Upon submission of the application with requisite documents and information and verification of the same by the Director, Nagaland State Lotteries and after complying with the formalities prescribed with respect to the payment of the requisite fees, the license is granted to the applicant, under the online game of skills law, by the Nagaland State lotteries within 6 months from the date of receipt of the application.

What is the applicability of the license under online game of skills law?

The licensee under the online game of skills law can offer their services to all States or Union Territories where games of skills are permitted. License also allows the online websites to advertise  their game and gaming services in all such territories where games of skills are exempted from the purview of gambling. The Government access is to be provided to enable the authorities to ensure that the activities undertaken by the licensee are on real time basis.

What is the fees required to be paid for the license issued under online game of skills law?

The license-holder has to pay a gaming tax/royalty of 0.5% of the gross revenue generated, minus any service tax, bonuses, cashbacks, payment gateway charges etc.

What is the validity of license under online game of skills law?

The license would be valid for a period of five years from the date of grant of the license.

As more and more people have now become confined to the four walls of their homes, online gaming business is witnessing a boom with more and more players entering into the market. Offering of games of skills of different nature while abiding by the provisions of the applicable law shall make gaming sector one of the highest revenue generators. The online gaming business is expected to see a new horizon with the easily available hand held devices becoming a common practice and more people becoming interested in the same.

How to offer online games involving stakes in India ?

[5] Rule 11 Nagaland Prohibition of Gambling and Promotion and Regulation of Online Games of Skill Rules, 2016