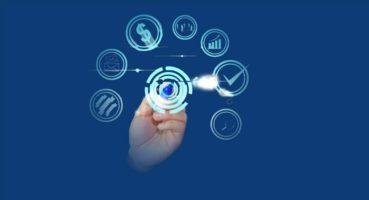 By Tulip De and Divyansh Trivedi

Recently, Facebook has acquired 9.99% stake in Reliance Jio  for INR 43,574 crore (USD 5.7 Billion). The investment by Facebook is the largest ever foreign Direct Investment (FDI) deal in the Indian technology sector thus far. The Jio- Facebook deal comes as a major blow to other players in the market because of the huge amount of data possessed by these two companies. Therefore, the Competition Commission of India (CCI) may have to look into several aspects of the Jio- Facebook deal to examine if this is a fair merger and no undue advantage is provided to these two companies after the legal and technical terms are finalised by the parties.

There are around 388 Million Jio users, 328 million Facebook users and around 400 million users on WhatsApp.[1] The combined reach of the two companies will now include the following platforms:

The experts in the market are drawing several conclusions regarding the possible outcomes from the deal and the reasons behind the deal. Facebook needs to have an Indian protector of their data and their need for more data itself is being cited as one of the major reasons behind the deal by some reports.[2] The first major project that these companies might undertake is said to be a ‘phygital commerce’ where local vendors will be connected with customers through WhatsApp or Facebook for online delivery of products.[3]

The magnitude of this deal and its possible impact on the competition in different sectors where the projects of these two companies operate may be the cause of great concern for the anti-trust watchdog in India. The CCI approves investments and mergers and acquisitions (M&A) deal by carefully examining the market share of the business entities involved in the transaction. However, it can also take suo motu action if it sees that there is cartelisation or if there is a complaint that any company or group of companies has a greater concentration of market power. In this article, we look upon the major aspects of the deal that CCI may look into.

The CCI will be required to look into the impact this deal may have on payment apps because this deal will rejuvenate Facebook’s long stalled WhatsApp Pay project. service was designed to run on Unified Payment Interface (UPI) and is awaiting final clearances. The partnership with Jio will help in establishing this payment service in the market when WhatsApp already has around 400 Million users. Facebook can now use Jio to make the WhatsApp Pay service reach every corner of the country including stores, farmers, teachers, students and small and medium sized enterprises. WhatsApp Pay will now give a tough competition to well-established players in the sector like Google Pay, Paytm and . The payment service is equipped with all the possible technologies to dominate this sector.

The Data sharing will be the most important issue that the CCI will have to examine in relation to this deal. The companies which earlier had differences over sharing of key information about users are now on the same side. Last year, Jio had requested the Telecom Regulatory Authority of India (TRAI) that all over-the-top (OTT) platforms must give full data access — including decryption keys — to Indian law enforcement authorities. On the other hand, Facebook-owned WhatsApp has been denying requests from the Indian government for tracing the origin of messages citing end-to-end encryption.[4] The acquisition of Jio stakes by Facebook may now resolve these differences. Facebook and Reliance Jio have a massive amount of data of their combined 600 plus million users which if shared, would most definitely give an unfair advantage to these companies.

As a result, the sharing of information may be huge problem for other players in the market as well as the regulatory authorities. Therefore, the data-sharing agreement which the companies may enter into must be shared with the customers and the government to maintain transparency. Private data is one of the most crucial aspects of competition in any market, the CCI must inspect every aspect of the data sharing in this deal to prevent the concentration of market power.

Section 3(1) of the Competition Act, 2002 prevents any enterprise or association from entering into any such agreement which causes or is likely to cause an appreciable adverse effect on competition within India. The Act provides that any agreement which is contravention of Section 3(1) shall be void. Therefore, if the CCI understands that the Data sharing agreement is anti-competitive, the same will be held to be a void agreement.

As the above given table suggests, both the companies have business ventures which compete with each other. Therefore, this angle gives the Jio- Facebook deal an even shadier image when examined through the eyes of the anti-trust law in India. Ajio and Facebook Marketplace, Jio Pay and WhatsApp pay, Jio TV and Facebook Watch are more or less competitors in their respective sectors. Therefore, the combination of these companies has every potential to destroy the fair competition in at least some of.

The CCI will have to look into the functioning of these business operations of two companies that function as competitors in the same market.

The Jio- Facebook deal is probably one of the most discussed topics in the business pages of newspapers these days. The deal has all the potential to change the technology sector forever. The amount of capital, manpower and data that these companies possess makes the examination of the deal a herculean task for the CCI. The government and the CCI need to scrutinize and overlook this deal at every point, from inception to execution and also when these two companies operate together in the market. However, . Nevertheless, despite all the danger that it poses to the competiveness in the market, the deal can benefit the Indian economy tremendously. Therefore, a careful examination and a properly reasoned clearance of the deal by the CCI will help the companies to achieve great heights in the market rather innocuously without the use of any anti-competitive practices.

Gun Jumping in Mergers and Acquisitions

India: Disclosure of Scheme involving merger of wholly owned subsidiary or its division with Parent Company