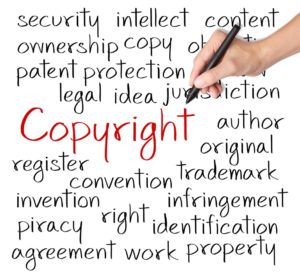 For past few months, one of the major debates and conflicts under the copyright laws of India, is with respect to the question “Whether online-internet platforms are covered under the scope of Section 31D of the Copyright Act 1957 ?.” This issue which appears to have a very simple answer, is however very complicated if Section 31D is carefully analyzed.

Under Section 31D of the Copyright Act, 1957 (hereinafter referred to as the “Act”) any broadcasting association desirous to communicate a work to the public by a broadcast or a performance, can acquire a statutory license to do so by giving a prior notice and paying royalties to the copyright owner at the rate fixed by the Intellectual Property Appellate Board (IPAB) .

Further, the Copyright Rules (Rule 29-31) clarifies the methodology by which one can get the statutory license. At present, the Act just covers radio broadcasting and television broadcasting.

The Ministry of Commerce and Industry Government of India, vide an office Memorandum dated September 05, 2016 provided a clarification confirming that online platforms are covered under the term “broadcasting organizations”. However, in a subsequent development the verdict of Hon’ble Bombay High Court in the case of Tips Industries Ltd. vs. Wynk Music Ltd. & Anr.,[1] changed the entire perspective of the intrinsic issue by holding that the term “Any broadcasting organisation” does not include “internet broadcasting organization” under Section 31D of the Copyright Act, 1957; and the Office Memorandum issued lack ‘statutory flavour’ and therefore has no bearing on the issue.

The aforesaid dichotomy between the Ministry’s memorandum and the High Court’s judgment has thus opened the Pandora’s box and the issue whether online internet platforms are covered under the term “broadcasting organizations” as mentioned under Section 31D of the Copyright Act 1957, is still obscure and uncertain. The impugned judgment passed by the Single Judge of the Bombay High Court in Tips case is now under appeal before a Division Bench of the Bombay High Court. Even though the judgment is thorough and detailed, but it appears that the decision by the Hon’ble Bombay High Court was too harsh on the online platforms.

Do online platforms fall within the purview of broadcasting organization: An analysis

The online internet platform perfectly fits within the ambit of broadcasting organization as it is involved in the business of communicating the work to public. The service of making the work available to the public through various portals including but not limited to YouTube, Netflix, Gaana, Jio Spotify, Wynk etc., is in the nature of communicating the work to public. However, at the very instance, when these online platforms allow the user/public to purchase/ download the content provided, then the nature of service extends beyond the service of communication of work to public. It is therefore, important to understand that the essence of Section 31D of the Copyright Act 1957 is that it offers statutory protection only to the broadcasting organisation which offers service only to the extent of communicating work to the public by way of a broadcast or by way of performance of a literary or musical work and sound recording which has already been published. Therefore, when the internet platforms offer services to sell/ rent the content, the nature of service provided by them extends beyond the scope of “communicating the work to public. Let us further look into the definition of the term “communication to the public” as provided under Section 2(ff) of the Copyright Act 1957:

“communication to the public” means making any work or performance available for being seen or heard or otherwise enjoyed by the public directly or by any means of display or diffusion other than by issuing physical copies of it, whether simultaneously or at places and times chosen individually, regardless of whether any member of the public actually sees, hears or otherwise enjoys the work or performance so made available.

Explanation.— For the purposes of this clause, communication through satellite or cable or any other means of simultaneous communication to more than one household or place of residence including residential rooms of any hotel or hostel shall be deemed to be communication to the public;

Intention of the Legislature

The Hon’ble Bombay High Court held that “The internet broadcasting organizations cannot enjoy the benefits of a Statutory License under Section 31-D. The intention of the Legislature while enacting the amending legislation viz. the Copyright (Amendment) Act, 2012, was to restrict the grant of Statutory License under Section 31-D to radio and television broadcasting organisation. The facts of the matter do not occasion the application of the doctrine of contemporaneo expositio.”

In order to come to an understanding as to the legislative intent of the Section 31D, let us look in to the following reports:

In light of the above, an alternative interpretation as against the one made by the Hon’ble Bombay High Court can be stated. It may not be wrong to state that in view of the need of the hour at the time of proposing the 2012 Copyright Amendment, the Parliament only discussed the issue pertaining to FM and Television, as they were the dominant modes available for  “communicating work to public” at the relevant time. It may not be wrong to assume here that the Parliament (Rajya Sabha and Lok Sabha) was aware of the technological advancement and also the reach of online streaming / internet broadcasting, therefore the legislature did not specifically exclude the mode of online streaming from the purview of the Statutory Licensing regime. If the legislative intent was to exclude the online internet platforms then the same would have been expressly mentioned or discussed on the floor of the Houses.

Further, the objective of Section 31D, as clear from the text, is with respect to “communicating to the public” whereas the observation of Parliamentary Standing Committee states “Issuing physical copies or legitimate digital downloading music or video recording by payment cannot be considered a communication to the public”. Through this it may also be deduced that any online streaming platform which is only intended to make any work available for being seen or heard or otherwise enjoyed by the public directly or by any means of display or diffusion being devoid of the character enunciated in the observation of Parliamentary Standing Committee, such internet organizations providing streaming services may be considered as protected under Section 31D.

The swift technological advancement has phased out the traditional methods, such as FM and Television, for accessing information especially sound recordings and video streaming. The advent of online streaming services has rendered the existing traditional methods obsolete and antiquated, as most of the users have switched to modern platforms for their demands. In such a situation, where the majority of the public have transformed their mode of access of recordings (music, sound recording and other information) through online platforms, especially taking over the facilities provided by FMs and Televisions, it therefore appears to be fair to reconsider that the online streaming / internet broadcasting providing limited streaming, such as without download / purchase option and also limited to on demand limited access, be considered covered under “broadcasting organizations” for the purpose of Section 31D of Copyright Act 1957.

Amendment to the Copyright Rules

Another statutory hiccup that is encountered while arguing the issue of internet broadcasting being covered under Section 31D, is that even though the Copyright Act 1957 provides for a limited scope of interpretation to include “any broadcasting organisation”, the corresponding rules under the Copyright Rules, 2013 have been formulated keeping in mind Radio and TV broadcasting only as the modes of communicating work to public. Since the provisions of the Act and Rules, have to be read together for harmonious interpretation and applicability of the provision, therefore when Section 31D of the Copyright Act 1957 is read alongwith Rules 29 to 31 of the Copyright Rules 2013, then it becomes a bit challenging to include online internet platform under the ambit of broadcasting organisation.

In order to overcome the above discrepancy and considering the sensational changes achieved in content sharing and broadcasting through technological advancements in the digital era, the Department for Promotion of Industry and Internal Trade, Government of India (DPIIT) has proposed to Draft Copyright (Amendment) Rules, 2019,[6] which was open for public comment and now pending stakeholders meeting. The Draft Rules are the most recent in a long series of regulatory moves made by the government to address the passage of internet streaming services into the Indian market. One of the major changes that the amendment proposes is Copyright framework to replace “radio broadcast” and “television broadcast” with “each mode of broadcast”.

In a significant amendment to the Rules, all modes of broadcasting are proposed to be covered under the ambit of statutory licenses, which thereby include internet and over-the top (OTT) media services, for example, Netflix, Hotstar, Amazon Prime, Gaana, Saavn, and the most recent contestant, Spotify. The intention of the legislature is to address the yawning gap in the Statutes experienced on account of technological advancement and incorporate or amend rules so that they appropriately address the dynamic nature of societal needs. The intention of Government, willing to take steps to make the Copyright law at par with the need / benefit of the society as per the present societal norms and practice, i.e. allowing online platforms/ internet broadcasting to take benefit of Statutory Licensing and providing services to the public, is good enough action to show that the Government believes in the role and service offered by online platforms/ internet broadcasting and is willing to provide them with the necessary assistance to continue with their services.

The above review of the parameters specific to Section 31D shows that many services offered by online / internet streaming and broadcasting platforms can very well conform to the said parameters. The online platform in its basic service has the essence of service with respect to communicating the work to public. It is therefore, just and fair, to actually develop the guidelines under which an online platform/ internet broadcasting can be said to be allowed to take benefits from the provisions of Section 31D of the Copyright Act 1957. The guidelines will not only help the online internet platforms to serve the public better but will also give the public the opportunity to access the works easily and with convenience.

India: Scope of S.31D of the Copyright Act