India: Delhi High Court on the link between cause of Action and Jurisdiction

In the case of Microsoft Corporation & Anr vs Rajesh Kumar & Ors the Hon’ble Delhi High Court dismissed the application filed by Rajesh Kumar and others under Order 7 Rule 10 of CPC. 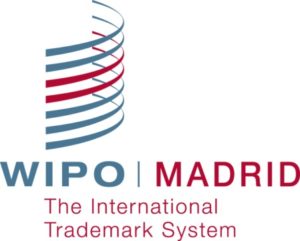 According to an amendment to the regulations under the Patent Cooperation Treaty (PCT) adopted by the Assembly of the International Patent Cooperation Union (PCT Union) on September 30, 2014, at its Forty-Sixth (27th Extraordinary) Session, with effect. 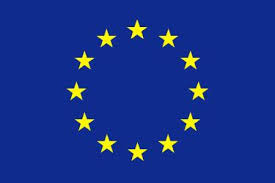 Bayer vs Cipla case for development of generic drug “sorafenib” for patent product ‘Nexavar’ is a landmark case in this regard. Though the generic drug manufacturer is allowed to introduce the generic.

A Division Bench comprising of Hon’ble Mr. Justice Vipin Sanghi and Hon’ble Mr. Justice I.S.Mehta of Hon’ble High Court of Delhi has recently taken cognizance of the malpractice of Forum Shopping involving the Judges of the District Court and certain practicing Advocates. Forum shopping is a colloquial term for the practice of litigants having their legal case heard in the court thought most likely to provide a favourable judgment. The Bench has issued a notice in a Criminal Contempt filed by Capital Ventures Pvt. Ltd. along with the other Intervenors, which raises very serious concerns about the manner in which the matters particularly, suits are listed before particular Judicial Officers in the District Courts. The Petitioner has brought out several instances where the same counsel representing the respondents has moved repeated applications in different suits to have the different suits listed before particular Judicial Officers. The Petitioner has claimed that favourable orders were obtained by the Respondents from the said Judicial Officers to which they were not entitled on merits. The Hon’ble Bench without casting any aspersion either on the Counsel or on the Judicial Officers, has directed that the IPR suits preferred by the Respondents in question should not be listed before the aforesaid three Judicial Officers and if so listed, be assigned to some other Courts by the concerned District & Sessions Judge. Additionally, the Bench has also directed the Respondents to disclose in the reply the following details: It seems that the Court has rightly triggered the malpractice of Forum Shopping being adopted by litigants in IP suits. The anti-forum shopping directions of Hon’ble Division Bench of the Hon’ble High Court of Delhi are clear warning to the officers of Court that forum shopping can prove to be an expensive affair for them.


India: Delhi High Court on the link between cause of Action and Jurisdiction

In the case of Microsoft Corporation & Anr vs Rajesh Kumar & Ors the Hon’ble Delhi High Court dismissed the application filed by Rajesh Kumar and others (hereinafter referred as the Defendant) under Order 7 Rule 10 of CPC holding that the Hon’ble Delhi High Court had jurisdiction to decide the case filed by Microsoft Corporation and another (hereinafter referred as the Plaintiff). BRIEF FACTS PLAINTIFF’S CONTENTIONS DEFENDANT’S CONTENTIONS COURT’S DECISION In view of the above, the Hon’ble Court held that the application under Order 7 Rule 10 for return of the Plaint filed by defendant, was devoid of any merits and dismissed the same.

India is one of the largest suppliers of low cost generic medicines in the world. The use of generic medicines, in comparison with their branded counterparts, has the potential to substantially reduce out-of-pocket expenditure on drugs for chronic diseases like cancer. Friction between generic drug manufacturers and innovation companies typically arise when generic drug manufacturing companies initiate research using a patented product, to submit information to regulatory bodies like Drug Controller General of India, to seek approval for introducing a generic version of a patented product. Bayer vs Cipla case for development of generic drug “sorafenib” for patent product ‘Nexavar’ is a landmark case in this regard. Though the generic drug manufacturer is allowed to introduce the generic version subsequent to patent expiration, the research on patented drug is carried out when the patent is still in force. Several countries, including India, have provisions governing such research activities. The Indian Patent Act, hereinafter referred as “Act” includes provisions that facilitate research and development using patented product/process without being liable for infringement. Such an exemption from patent infringement is known as Bolar Exemption. Section 107A (a) of the Act provides bolar provision as mentioned below: The above provision is not limited to pharmaceutical products, but also extends to any product/process that may require regulatory approvals. Médecins Sans Frontières (MSF) is a non-profit, self-governed organization providing emergency aid to people affected by armed conflict, epidemics and natural disasters, it includes distribution of affordable medicines like generic drugs to them. A recent move by the European Union (EU) to introduce an enforcement mechanism for IP rights has been criticized by the MSF in its recent 2018 letter to EU. Under the said enforcement mechanism, the court is empowered to grant ‘provisional injunction’ for infringement of patent. Further, the proposed provision also grants extraordinary right to the patent holder to draw everyone in the manufacturing and supply chain into litigation, if found suspected of patent violation, even without any actual proof of it. Furthermore, the scope of above said regulatory provision is so wide that it may even drag to the court the third-party procurers of generic drugs, such as MSF, that supplies affordable generic medicines to low income countries around the world. Hence, the said provision is vague and unethical.