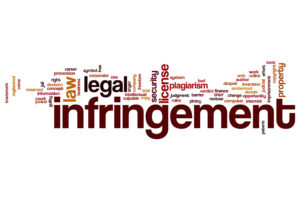 By Priya Adlakha and Ashish Sharma

The Hon’ble Delhi High Court vide its order[1] dated September 04, 2019 restrained the Defendants, i.e., Rising India Entertainment Production and others from using the Plaintiff’s registered trademark ‘MISS INDIA’ and ‘MR. INDIA’, both registered in classes 38 and 41.

Plaintiff came across an advertisement of event/beauty pageant being organized under the mark/ title MR. & MISS INDIA WORLD, which contained the Plaintiff’s trademarks MISS INDIA and MR. INDIA. The said event was also being promoted on its Facebook page, inter alia, inviting application for participation. Further, former winner of MISS INDIA was also reflected as one of the judges in the finale of the said event organized by the Defendants.

Partners of Defendant No. 1, i.e., Rising India Entertainment Production, who were personally present in Court made a statement on oath stating, inter alia, that they were not aware of Plaintiff’s trademarks and further stated that they shall not use the same or any deceptively similar marks.

In view of the statements recorded on oath, the Court decreed the suit in favour of the Plaintiff and against the Defendants and issued a decree of permanent injunction restraining the Defendant Nos. 1 and 2 or any of their partners/ associates/ etc., from organizing the event/ beauty pageant under the trade mark ‘MISS INDIA’ and/ or ‘MR. INDIA’ or any other mark which is deceptively similar to the Plaintiff’s trademark.

In yet another decision, the Court protects and recognizes the rights of the true right holder and restrains the Defendants from using the Plaintiff’s well known registered trademark.