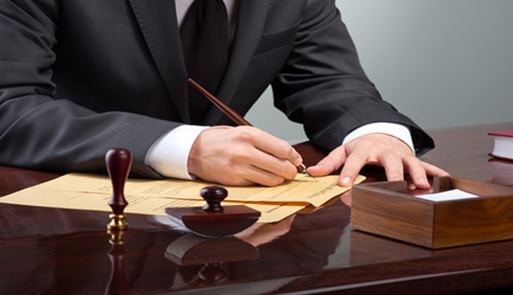 In a recent decision passed in Company Appeal (AT) (Insolvency) No. 1417 of 2019, Union of India versus Oriental Bank of Commerce, the National Company Law Appellate Tribunal (NCLAT) set-aside the order of the Principal Bench of National Company Law Tribunal, New Delhi,(NCLT), whereby the NCLT directed mandatory impleadment of MCA (Ministry of Corporate Affairs) in all Insolvency and Company related matters.

The NCLAT, upon deliberation of the said order came to an inevitable and irresistible conclusion that such a direction of mandatory impleadment in all cases of Insolvency and Bankruptcy Code, 2016 (IBC)  is nothing but beyond the power of the Tribunal and it tantamounts to imposition of a new rule in a compelling fashion.

It is pertinent to note that vide order dated November 22, 2019, the NCLT had passed direction to the effect that the Union of India, MCA through the Secretary is to be impleaded as a Respondent party in order to facilitate availability of authentic record by the officers of the MCA for proper appreciation of the matters. The same was made applicable throughout the country and directions were issued to all the benches of NCLT.

Contention by the Appellant i.e. MCA

The MCA through the present appeal, assailed the impugned order of NCLT on the ground that it bristles with numerous infirmities and that the Adjudicating Authority i.e. NCLT was exercising the ‘rule making power’, which was the exclusive domain of the Central Government.

It was further contended that the NCLT passing the impugned order ought to have issued notice to the Union of India, since the subject matter in issue concerns about the imposition of a new rule, which the said Authority has no power to make especially its direction to implead.

While contending about the mandatory impleadment of a party in a suit, the Appellant also relied on Supreme Court’s verdict in the case of Antonio S.C. Preria v. Ricardina Noronha (D) By Lrs.[1], wherein the Apex Court had held that the third person must be heard in the same dispute if he or she has suffered or is likely to suffer any substantial injury by the decision of the Hon’ble Court.

It is was also brought to the notice of NCLAT, that diligent efforts have been made by MCA by issuance of Office Memorandum to all the concerned parties directing them to furnish a list of companies under ‘CIRP, Liquidation and Master Data’.

The Director Legal MCA also pointed out about the provision for separate application under Section 399(2) of the Companies Act, 2013 for production of documents from the Registrar of Companies, and the easy availability of the complete record on MCA 21 Portal on payment of requisite fees.

The Hon’ble Three Judge Bench of NCLAT, prima facie made the observation –

“That if a certain thing is to be performed in a particular manner, then the same is to be done in that way. In fact, a procedural wrangle cannot be allowed to be shaked or shackled with”

The Bench then reiterated the axiomatic principle in law in relation to a ‘proper party’ and ‘necessary party’ to a dispute. It further noted that though, the Addition of parties/ striking out parties of course, is a matter of discretion to be exercised by a Tribunal/ Court based on sound judicial principles, the same cannot be exercised in a cavalier and whimsical fashion, and it depends on facts and circumstances of each case.

The Appellate Tribunal further opined that rules of ‘principles of Natural Justice’ are to be adhered to by the Tribunal and opportunity of hearing is to be given to such a third party to explain its stand, as a just, fair and final order can only be passed after hearing the Objections/ Reply of the said party, as non-observance will result in serious miscarriage of justice, besides causing undue hardship.

The NCLAT, went on to observe that in order dated November 22, 2019, the Appellant was not provided with an adequate opportunity of being heard in the subject matter in issue. The NCLAT further took note of the applicability of the impugned order throughout the country, and opined that such a wholesale, blanket and omnibus directions cannot be issued in single stroke.

The NCLAT ordered that the impugned order making it applicable throughout the country to all the Benches of NCLT is untenable one and suffered from material irregularity and patent illegality in the eye of Law. In view of the aforesaid observations, the NCLAT held thatthe NCLT has to exercise its discretion of impleading MCA on case-to-case basis, and on sound appreciation of the factual position as well as the basic Principles of law.