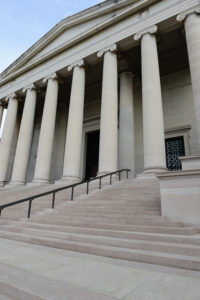 The case that has transcended into new definitive realms over the course of its proceedings over nearly a decade, has again found a newer turn recently when the U.S. Supreme Court accepted a petition by Google to review all prior decisions taken by the Federal Circuits in the matter at hand.

The case began when Oracle America filed an infringement suit against Google for the use of Oracle’s Java Application Programming Interface (API) in the Android software, which was initially dismissed. The dismissal was well received by the computer scientist community as well who filed an amicus brief in support of the dismissal. It was further stated by the amici that the reversing of this decision would dangerously undermine the established prospects of computer scientists who depend on the open nature of APIs.

Basically, the open nature of APIs is essential to create and operate new software and this open nature of APIs is also advocated for maintaining compatibility standards. This is because the APIs provide a functional base for developers for their codes to work (in a specific manner) when entered, without having to code for such functional operations. In the case at hand, Google worked on the Android software using a cleanroom and making paths by themselves although relying on the Java open source.

A brief timeline of the Google-Oracle conflict is as under:

The current case at hand is a classic example of the ambiguity of copyright laws around the globe. Having realized the essentiality of APIs, the fate of many software developing giants’ rests on this judgment. Names such as Microsoft, Mozilla Corporation and Red Hat Inc. have filed amicus briefs in support of the latest petition by Google that got allowed.
However, at the current juncture the case can sway either way, with potential of long term impacts on the past, present and future of software development given the extensive use of APIs in the software industry. The main use and benefit of having open APIs is the interoperability it provides for software to function on most devices. Whatever may come, the judgement of this case will re-shape a niche aspect of software development completely different.

IP Protection of Software in India – Patent or Copyright?

This website is for non-commercial, informational and educational purposes only. The Bar Council Rules of India prohibits lawyers to solicit work or advertise their services. There is no advertisement, personal communication, solicitation, invitation or inducement of any kind whatsoever from S.S.Rana & Co., or any of its members to create an Attorney-Client relationship through this website.

By accessing the website, the visitor /user acknowledges that he/she on his own accord wishes to know more about S.S Rana & Co. for their own information and use. The visitor/user also acknowledges to have read and understood this Disclaimer.

I Agree No thanks