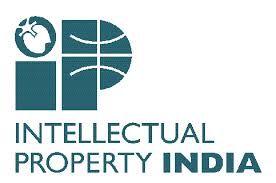 The Draft Rules aim to further amend the Patents Rules, 2003 in twofold manner:

“Provided that, in respect of international application, a patent agent shall file, leave, make or give all documents including scanned copies that are required to be submitted in original, only by electronic transmission duly authenticated;”

“Provided further that the original documents, if required to be submitted in original, shall be submitted within a period of fifteen days; failing which such documents shall be deemed not to have been filed”.

Additionally, a proviso is proposed to be inserted in Rule 24 C (4) that ‘Provided that if such requirements are met before issuance of FER, the application shall be processed for expedited examination in accordance with the provisions of rule 24-C.’

The draft rules further propose to insert the sub-rules in the principle rule 55 of the Patent Rules and suggested to constitute an Opposition Bench in case of pre-grant opposition. The proposed sub-rules are as follows:

The Draft Rules can be accessed here, which are open for public comments for 30 days from the date on which copies of the Gazette of India, in which this notification was published were made available to the public i.e. December 4, 2018.