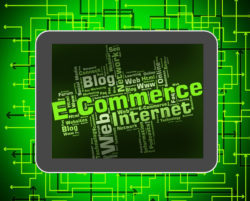 By Vibhuti Vasisth and Nishtha Das

Demands for specifying the Country of Origin (“COO”) of products sold online has gained ground in view of Prime Minister’s vision of “Atmanirbhar Bharat” and “Make in India”. The Domestic traders’ associations have been at the forefront of these demands.

The Ministry for Commerce and Industry has mandated that the Government e-Marketplace (“GeM”), which experienced INR 55,048 crores worth of transactions till date to adopt the said approach in the interest of creating an ‘Aatmanirbhar Bharat’. The sources[1] report that the Ministry has stated in its statement[2] that “Sellers who have already uploaded their products before introduction of this new feature on the GeM, are being reminded regularly to update the country of origin. It’s with a warning that their products will be removed from the GeM if they fail to update.”

Furthermore, the Department for Promotion of Industry and Internal Trade (“DPIIT”) had asked various e-commerce giants, for a meeting which was scheduled for July 08, 2020, to discuss the ‘concerns relating to displaying origin of the products’ on online retail platforms. This follows the GeM platform’s policy that makes it mandatory for its listed sellers to specify the country of origin while registering new products on its portal[3]. The said meeting was likely to discuss and set the time frame for implementation of the rule, and to ensure that existing listings on e-commerce platforms are compliant with the new rule.

Recent reports suggest that the Government has asked e-commerce websites to display Country of Origin of new products listed by sellers on their websites by August 01, 2020, and for legacy items by October 01, 2020. The e-commerce companies sought more time to implement the changes, which are part of the government’s plan to curb imports. The e-commerce platforms said the measures should be introduced in a phased manner with the involvement of manufacturers and sellers in the process[4]. Certain points relating to the feasibility of the move and lack of clarity in the Legal Metrology (Packaged Commodity) Rules, were also raised.

Further, as reported, one of the issues relied upon during the said meeting was in the context of non-packaged goods. At present there is no requirement to display country of origin on non-packaged goods. The DPIIT would be discussing the introduction of relevant legal provisions with the Ministry of Consumer Affairs on listing such information[5].

What is a Country of Origin and its relevance?

A Country of Origin (“COO”), is representative of the country or countries of manufacture, production, design, or brand origin where an article or a product comes from[6]. For various multinational brands, a COO may include multiple countries describing the value-creation process.

There are divergent rules of origin under various national and international laws. Country of Origin labeling (“COOL”) is also known and considered as a place-based branding, the made-in image or the “nationality bias”, in certain cases. For instance, certain regions may adopt unique local terms such as ‘terroir’ used to describe wine appellations based on the region where grapes were grown and the wine was manufactured.

The Indian laws and regulations enumerate the statutory provisions pertaining to declaration of ‘country of origin’ or ‘country of manufacture’ on imported products. However, no law in India discusses the aspect of display/ disclosure of “country of origin” on the seller’s website.

The issue relating to display of “country of origin” on e-commerce websites has gained momentum recently in the wake Prime Minister’s vision of “Atmanirbhar Bharat” and subsequent efforts of the Indian Government to weed out availability and dependence on imported products and goods in India.

In a recent development, the Hon’ble Delhi High Court on July 01, 2020 has issued notice to the Centre in a case, wherein the Petitioner sought directions to the Centre to display the name of manufacturing country on E-commerce websites[7].

The Legal Meteorology (Packaged Commodities) Rules, 2011 also require a declaration of ‘country of origin’ or ‘country of manufacture’ or ‘country of assembly’ on the imported products. This is aimed at curbing false and misleading claims by the brands to deceive the customers, as also to give complete information of the product to a potential buyer.

Furthermore, the requirement of indicating origin of goods imported/exported can also be traced under

Section 71, the Geographical Indications of Goods (Registration and Protection) Act, 1999Under both the aforementioned statutes, the Central Government may, by notification in the Official Gazette, require that goods of any class specified in the notification which are made or produced beyond the limits of India and imported into India, or, which are made or produced within the limits of India, shall, from such date as may be appointed by the notification not being less than three months from its issue, have applied to them an indication of the country or place in which they were made or produced, or of the name and address of the manufacturer or the person for whom the goods were manufactured.

The objectives of compulsory marking the origin of a product are many. If the provisions are construed from the context of the respective legislations, one of the main objectives is the prevention of falsification of marks. This will also help in preventing passing locally manufactured goods off as imported goods. The other objective is to check for parallel importing of the goods to the domestic market. The said rule also plays a progressive role in/for a country or region.

Specifying the Country of Origin is an important factor when it comes to product evaluation processes as well as for product purchase decisions. Its importance also depends on the amount of information that the consumers have about the product and the product category.

Soon after GeM’s policy discussion with the e-commerce websites, an overwhelming and welcoming response was received by various e-commerce majors, stating their commitment to promote India-made products and the local manufacturing sector in the country. However, reluctance in terms of specifying Country of Origins for old listings on the websites could be seen, and a unanimous decision on this aspect is yet to be arrived at.

It was further reported that certain e-commerce websites mentioned that smaller sellers would be worse hit due to such increased compliance pressure, especially at a time when they are having trouble selling goods offline due to the present pandemic Another executive with an e-commerce platform said that 90% of the listings can become compliant with the new rule by the end of July, but smaller ones will find it difficult[9].

This article is intended to provide an overview of the relevant-applicable legal framework and a free resource for our clients and the wider business community. Should you need to discuss any issue in detail, the author strongly recommends to seek specific legal advice relevant to your business scenario. Please feel free to reach out to us at info@ssrana.in.

Curbing Online Counterfeiting in India: Need of the Hour

India: Highlights of the ‘Make In India’ Week