CAUSE & EFFECT: COUNTERFEITING IN THE COSMETIC INDUSTRY 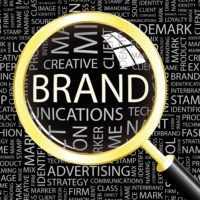 By Sanjana Kala and Paridhi Tyagi

The importance of trademarks as a source identifier in commercial industries ranging from pharmaceuticals to apparel cannot be discounted. This is because a trademark enables consumers to recognize and associate with their preferred brands which in turn helps brand owners to develop their reputation and grow their business in a competitive market. However, when third parties in an unlawful and illegal manner misrepresent their goods as originating from another source mostly associated with a popular/famous brand in order to to ride on the goodwill and reputation associated with that brand, and to unjustly enrich from the same, such products/goods are termed as ‘counterfeit goods’ i.e. goods that are fake and do not originate from the legitimate brand owner. The Trade Marks Act, 1999, in this regard provides for imprisonment of three (3) years and a fine up to two lakh rupees (USD 2814.10) as penalties for counterfeiting under Section 103, in addition to Sections 102 and 135 which deal with falsification and false application of a trademark.
In industries dealing with consumer health and safety, the offence of counterfeiting becomes all the more serious as the element of public policy comes into play. One such industry is the cosmetic and personal care products industry which is now becoming all the more popular owing to an increase in commercialization and consumer consumption. Consequently, brands that are engaged in manufacturing/selling make-up, skin-care and/or hair-care products are now investing considerable resources into the research and development of cosmetics that are safe to use and do not have any adverse effects on consumers. Given that cosmetics deal with the upkeep and care of consumers’ skin and/or hair, the effects of toxic ingredients and chemical formulas that have not undergone the mandated testing procedure can be very harmful to an unwary consumer and can prompt the onset of additional medical conditions/diseases.

STATUTORY FRAMEWORK IN INDIA
The Drugs and Cosmetics Act, 1940 (hereinafter “the Act”) regulates the import, manufacture and distribution as well as labelling and packaging of drugs and cosmetics in India.
The Act defines ‘cosmetic’ as, “any article intended to be rubbed, poured, sprinkled or sprayed on, or introduced into, or otherwise applied to, the human body or any part thereof for cleansing, beautifying, promoting attractiveness, or altering the appearance, and includes any article intended for use as a component of cosmetic ”
The primary objective of the Act is to inter alia ensure that the cosmetics sold in India are safe, effective and conform to prescribed quality standards. In this regard, the Act has defined ‘misbranded cosmetics’ and ‘spurious cosmetics’ in the following manner:

Cosmetics shall be deemed to be misbranded —
(a) if it contains a colour which is not prescribed; or
(b) if it is not labelled in a prescribed manner; or
(c) if the label or container or anything accompanying the cosmetic bears any statement which is false or misleading in any particular.
Whereas cosmetics shall be deemed to be spurious —
(a) if it is imported/manufactured under the name which belongs to another cosmetic; or
(b) if it is an imitation of, or is a substitute for, another cosmetic or resembles another cosmetic in a manner likely to deceive or bears upon it or upon its label or container the name of another cosmetic, unless it is plainly or conspicuously marked so as to reveal its true character and its lack of identity with such other cosmetic; or
(c) if the label or the container bears the name of an individual or company purporting to be the manufacturer of the cosmetic, which individual or company is fictitious or does not exist; or
(d) if it purports to be the product of a manufacturer of whom it is not truly a product.”
Furthermore, Sections 10 and 18 of the Act prohibits the import, manufacture, sale and distribution of such
• misbranded and/or spurious cosmetics
• cosmetics which are harmful or unsafe to use
• cosmetics not of standard quality (as prescribed by the Act)
Notably, Sections 10A and 26A confers power on the Central Government to prohibit the import, manufacture and sale of cosmetics if it is in ‘public interest’. Lastly, the Act also mandates for stringent punishments extending from fines to confiscation and even imprisonment for contravening any provisions laid down under the Act.
Clearly, the above statutory framework is squarely applicable on counterfeit or fake cosmetics and the remedy stipulated for misbranded and spurious cosmetics therein can be availed by brand owners in addition to the remedies provided under the Trademarks Act, 1999.

The Role of E-commerce Website
With the advancement in technology and ease of availability of cosmetics and personal care products on social media and e-commerce websites, the likelihood of counterfeit cosmetics pervading in the market has increased manifold. The threat of unregulated and untested cosmetics that do not prescribe to the import and/or manufacturing standards laid down under the Act is now a cause of alarm for regulatory bodies. For instance, in 2018, the Drug Controller General of India (DCGI) issued notices to popular e-commerce websites for selling/offering for sale “adulterated”, “unregulated”, “spurious”, “unlicensed” and “illegally imported” cosmetics that were being sold without evaluating their safety and quality, and were thereby not fit for human application. As per a statement issued by the DCGI, online retailers have been ordered to remove unregulated and counterfeit cosmetics from their platforms and have been further asked to enter into “agreements with sellers to prevent sale of fake cosmetics.” The DCGI further put the onus on online retailers to be aware and take responsibility of whether the cosmetics available on their platforms are genuine or not. Although, this seems unlikely as e-commerce websites can always take the defense of being ‘intermediaries’ under the Information Technology Act, 2000, with the liability resting with the seller/manufacturer of the counterfeit product.
However, the Delhi High Court in a recent 2018 judgment refused to grant such protection to an online retailer claiming to be ‘intermediary’ under the Information Technology Act, 2000 in a case filed by the luxury brand L’Oreal against sale of counterfeit L’Oreal cosmetics on the defendant’s e-commerce website ShopClues. The Hon’ble court enumerated several factors, demonstrating that the role of the defendant was more than that of a mere intermediary, as below:
“For example: i. the website guarantees that “all products are 100% genuine”; ii. repeated sales of counterfeits have been encountered on the website; iii. despite several infringement actions against it, the website doesn’t seem to be taking precautions to stop sale of counterfeits; iv. there is a separate category for replicas on its website. On this window, various lookalike products are advertised and sold. The use of the term replica itself denotes that it is a lookalike or a copy of the original. While the PIP programme appears to be effective, the display of a replica window is definitely not condonable. v. this REPLICA window encourages sellers to post lookalike products as the feature of the replica window would constitute aiding and abetment of violation of intellectual property.”
As such, the court was of the view that these aforementioned acts disqualify the defendant from claiming the exemption provided under Section 79 of the Information Technology Act, 2000, and thereby restrained them from using, manufacturing, supplying, selling, displaying, advertising on the online marketplace through the defendant’s website or any other mode, with respect to the trademark L’Oreal and/or its formatives.

Steps Taken by Brand Owners
Since the dissemination of counterfeit products results in loss of reputation and revenue for brand owners themselves, brand owners are now capitalizing on increased consumer sophistication and the internet to better educate their customers into not being deceived by fakes in the market. For example, several cosmetic brands operate their own e-commerce websites from where they provide online retailing services that eliminate the chances of purchasing a counterfeit altogether. Apart from this there are cosmetic brands which on their website regularly post blogs spreading awareness about how to identify fake cosmetics in the market. Additionally, brand owners now provide authentication certificates to consumers along with their products or a list of authorized retailers so that consumers can steer clear of independent sellers who deal in counterfeits.
As regards the Indian market, the All India Cosmetics Manufacturers Association (AICMA) (representing small scale cosmetic manufactures in India) along with big market players such as L’Oreal and Hindustan Unilever Ltd have also weighed in on curbing brand dilution owing to the circulation of counterfeit cosmetics in the Indian market. They have identified some important factors that are contributing to the menace of counterfeiting in the Indian cosmetic industry, as below:
• Rising demand for heavily discounted cosmetic products
• Parallel imports
• Anti-competitive pricing
• Decline in domestic manufacturing of cosmetics and personal care products
• Lack of enforcement by regulatory bodies to curb IP violations
With increasing dialogue around IP rights and enforcement, brand owners are now taking prompt action including conducting criminal raids and filing suits against third parties that are infringing their trademark rights in the domestic market. Even at the import stage, brand owners can take steps to record their trademarks with the Customs Authority of India for the purposes of monitoring and confiscation. Such recordal can be done under the Intellectual Property Rights (Imported Goods) Enforcement Rules, 2007 which can act as a preventive measure on part of brand owners wherein counterfeit goods can be detected and disposed off at the border itself. However, a crackdown on counterfeiters can only be achieved once the regulatory bodies and the consumers themselves make a concerted effort towards aiding brand owners in mitigating this menace of counterfeiting.