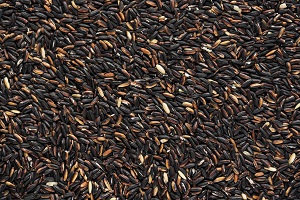 The pride and joy of every country is its locally grown produce, an intricate part of its culture and heritage dutifully grown for generations. India’s vast expanse of fertile land imbeds rare agricultural gems, globally famous for their delectability and diversity such as its Darjeeling tea, Malabar pepper, Malabar Arabica coffee, Dusseheri mango, Nashik grapes, Nagpur oranges to name a few[1].  Joining the list of India’s famous agricultural produce to obtain a Geographical Indication (GI) is the Manipur’s famous black scented rice (GI Reg. No. 602), locally known as Cha-Khao (Oryza sativa L.), a delicacy served during communal feasts and ceremonies[2]. Cha-Khao black rice constitutes mainly 10% of Manipur’s total rice production. The application for registration as a GI was filed in respect of goods under Class 30 by the North Eastern Regional Agricultural Marketing Corporation Ltd (NERMAC), an organisation responsible for registration and supervision of Geographical Indications of the North-East India, with a view to help farmers attain their due recognition and compensation for their locally-grown produce[3].

Certain produce is geographically limited by boundaries, making them rare and a source of identification for its region. As per Section 2(1)(e) of the Geographical Indications of Goods (Registration and Protection) Act, 1999, a geographical indication pertains to agricultural, natural or manufactured goods, which originate and are produced/processed in a specific geographical territory, thereby associating a reputation for such territory[4].

Cha-Khao is characterised by its dark purple hued outer bran layer and its unique aroma due to being grown on Manipur’s territorial soil for centuries. Its origin is to be believed to trace back to the first inhabitants of Manipur, being the Meiteis or by Buddhist monks who migrated from Asian countries back in 400 BC. Cha-Khao has two varieties mainly, Cha-Khao Poireiton and Cha-Khao Amubi. Being a delicacy, it’s produced using traditional methods in several parts of Manipur. With the introduction if high-yielding variety of seeds, the black scented rice has emerged as a super food, being rich in fibre, vitamins, antioxidants and gluten-free[5].

What is Geographical Indication (GI)?

A geographical indication is a proof of purity and genuineness of a regional product, which underlines the painstaking efforts and craftsmanship of a producer. Such indications are assured quality marks such ISI and Hallmark and in turn boost exports. Registration is crucial for the economic prosperity of producers of goods produced in a geographical territory, and in turn it provides legal protection from unauthorised use of registered GIs.

Being locally produced rice, with the help of agro-chemicals and labour intensive techniques, Cha-Khao is grabbing the attention of organic farmers and scientists alike, as there is a demand surge in the market for organically produced food grains. With its appealing aroma, nutritional and healing qualities, it is fasting becoming an eye-grabber in the farming industry. In order to maintain its pristine characteristics, it is proposed to be monitored by a watchdog committee, comprising of farmers groups of Cha-Khao, NERAMAC and the Agriculture Department of District Rural Development Agency (DRDA)[6]. Such quality assurances will safeguard the Cha-Khao farmers’ interests in attaining fair and equitable remuneration for their produce, along with public recognition leading to production at a commercial scale.

As of March, 2020, there are 361 Geographical Indications registered with the Registry[7]. An application for geographical indication can be filed by any association of persons (AOP), producers or any organisation/authority established under law, and the applicant must be a representative of the interests of the producer of the concerned goods seeking a GI tag. Once an application has been filed, it undergoes the stages of obtaining registration, starting with an examination of the application, advertisement of application in Journal, opposition by third party and finally grant of registration[8]. A registered Geographical Indication is valid for a period of 10 years and can be renewed on payment of renewal fees[9]. To know further about the procedure of obtaining a geographical indication, click here.

[8] Chapter III – Procedure for and duration of registration, Geographical Indications of Goods (Registration and Protection) Act, 1999; http://www.ipindia.nic.in/act-1999.htm; accessed on May 22, 2020