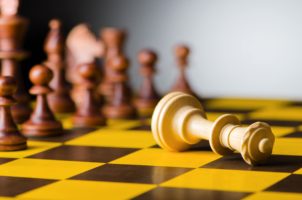 By Lucy Rana and Reetika Wadhwa

The Act also nullifies any kind of horizontal or vertical agreement. A horizontal agreement is one between enterprises, persons, associations or similar entities engaged in similar trade of goods or services. A vertical agreement is one between enterprises, persons or associations or entities engaged in different stages or levels of the production chain in different markets. Bid rigging or collusive bidding is one of the horizontal agreements which is determined as an anti-competitive practice under Section 3 (3) (d) of the Act.

Section 3 (3) (d) of the Act states that an agreement resulting directly or indirectly in big rigging or collusive rigging shall be void. Bid rigging is further described in Explanation to Section 3 of the Act, which states “bid rigging” means any agreement, between enterprises or persons referred to in sub-section (3) enterprise or persons engaged in identical or similar production or trading of goods or services, which has the effect of eliminating or reducing competition for bids or adversely affecting or manipulating the process for bidding.”

Bid rigging is a collusive behavior of bidders resulting from a pre-determined arrangement between them. It creates a sense of realistic competition amongst the bidders even though the result of the bid is already determined. This manipulative behavior adversely affects competition as all prospective buyers do not get a fair chance to participate in the bidding process. This act negates the entire process of bidding. The objective of selling the products or services by way of a bid is to enable procurement of goods or services on the most favorable terms and conditions.

For example, in an auction, several buyers including Buyer A and Buyer B are participating. Buyer A colludes with Buyer B prior to the bidding. As part of this collusion, Buyer B agrees not to bid in the auction so that Buyer A is successful in the auction. In exchange of this collusion, Buyer B accepts certain amount of compensation. This act is known as bid rigging. It is an anti-competitive practice as the collusive agreement between Buyer A and Buyer B reduces fair competition for other participants in the auction.

The common factor in all of the above arrangements is that the auction winner compensates the unsuccessful bidder/s a certain percentage of the profits, on winning the bid.

Bid rigging can be carried out in many ways but some of the most bid rigging conspiracies fall in the below categories:

Under Section 19 of the Act, the Competition Commission of India (hereinafter referred to as ‘CCI’) is empowered to conduct an enquiry upon any alleged anti-competitive behavior arising out of bid rigging. Section 19 expressly covers the powers of CCI to conduct an enquiry for any anti-competitive behavior as per Section 3(1) of the Act. Bid rigging as an anti-competitive practice forms part of Section 3(1) as it is classified to cause an appreciable adverse effect on competition in India. The CCI has the power to direct the Director General of CCI, to investigate into the matter and provide a report on the same. In this regard, under Section 36 (2) of the Act, the powers of the CCI is the same as that of a Civil Court. Therefore, the CCI has all the powers related to summoning, examining an oath, production of documents and receiving evidence on affidavit.

Under Section 42 of the Act, if the parties fail to comply with the order passed by the CCI, then the CCI may impose a fine extending up to rupees one lakh for each day during which such non-compliance occurs. The maximum penalty that can be imposed is rupees ten crore, however the determination of the fine is upon the discretion of the CCI. If the parties fail to pay the fine determined, then CCI can further impose a fine of rupees twenty five crores or can even sentence the non-compliant party to an imprisonment of three years or both.

Collusive behavior of enterprises in the form of bid rigging has an adverse effect on the market and eventually affects the economy. A fair competition is beneficial to all market sectors. The consumers get a wide variety of choice and the enterprises put in greater productivity to be able to compete in the market. Restriction of bid rigging gives the government an optimal realization from the sale of assets. Thus, making the government able to provide enhanced availability of resources for the social sector.

What is Bid Rigging or Collusive Bidding in India?

What are the different types of anti- competitive agreements in India prohibited by the Competition Act, 2002?

What does Anti-Competitive Agreement in India mean?