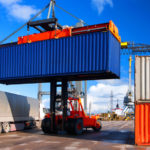 The Customs department has commenced issuing notices to several automobile manufacturers requiring them to pay Goods and Service Tax (“GST”) at the rate of 28% instead of 18% towards imported plastic goods such as ashtrays, floor mats etc.

While plastic products attract 18% GST, they are being utilized as auto components that attract 28% GST. This raises a question whether separate tax rates can be levied on the same product which is imported by two different companies, depending upon their end use respectively. This appears to be the rationale of the customs department, going by the latest tax demand being imposed on automobile manufacturers. Many automobile manufacturers are being questioned by the customs department for this reason and many others are also under the scanner and may also receive similar notices in the times to come.

In the month of July this year, the automobile industry has witnessed a significant dip in close to nineteen years in their sales. This new tax demand will further add to the plight of automobile manufacturers.

The present issue pertains to classification under GST. The conventional practice being followed previously was to finalize the classification of plastic goods which are used for cars. This practice was even accepted by the customs authorities. It is just recently that the department has taken a different view.

As per the customs regulations, the department is required to levy tax based on the place and the form of goods imported. They department does not have the instructions to verify their end use respectively. For example, several products such as plastic ashtrays could face different taxes depending on the person importing them. Applying such rationale, it appears that a company in the hospitality sector may be required to pay lesser tax than an automobile manufacturer for the same product.

There are several goods which may be having multiple use. It is for this reason that companies are also opting for standardization, which implies that such goods may also have multiple end use as well.

As the way forward, it will be essential that companies examine both, the chapter and section notes of various products prior to deciding the classification of the concerned/relevant product(s) and the corresponding duty on such products. This will be a proactive approach to avoid unnecessary litigation.

It may be inferred that this new step may be extended to several other products and industries which may also affect the sectors which are anyway suffering losses.