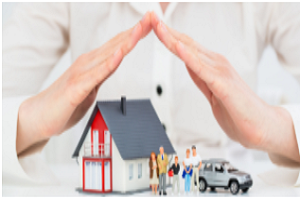 By Bijit Das and Reetika Wadhwa

Advertisements play an essential role in carving out the image of the entrepreneur in respect of the services it intends to offer. Not only the advertisements help in dissemination of information about the services, but they also help in convincing and thus attracting the consumers to the unique quality, standards and benefits being offered therein thus enhancing the sales of the provider.

Insurance may be defined as a social device providing financial compensation for the effects of misfortune, the payments being made from the accumulated contribution of all parties participating in the scheme.

Regulation of advertisements in the Insurance Sector

With a view to monitor the content of the advertisements intended to be broadcasted in respect of the insurance policies being offered for purchase, the insurers should ensure adherence to the guidelines listed down by IRDA under IRDA (Insurance Advertisements and Disclosure) Regulations, 2000[1] as well as the Advertisement Standards Council of India (hereinafter referred to as the ‘ASCI’).

Some of the components of the advertisements for insurance products have been listed as under:

The IRDA Notification No. F.No.IRDA/Reg./7/2000 dated July 14, 2000 prescribes to take the following actions, if the advertisement is not in accordance with the above components:

While insurance are the devices which are opted owing to their ability to mitigate the risks of uncertainties, insurers need to ascertain that the marketing techniques including advertisements are in consonance with the standards acceptable in India. IRDA as well as ASCI have laid down an extensive framework in order to safeguard the interests of the purchasers of insurance products.

Ministry of AYUSH orders to stop advertisement of AYUSH-related claims

Rise in False and Misleading advertisements amidst Coronavirus Outbreak